Member of EPi and INTA 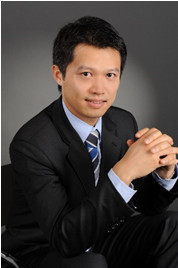 Jinping Gong started his IP practice as an IP manager at the University of Nanjing in China at 2005. Jinping has the Chinese Patent Attorney Qualification and he has been honored as “Outstanding Employee in the Field of Intellectual Property Management in Jiangsu Province” in 2008. He is very familiar with the Chinese patent law system.

Mr. Gong started his European patent law practice in 2012. His focus is on prosecution and opposition proceedings at the European Patent Office. He works for the patent applications in the areas of biology, biochemistry, biotechnology and pharmacology. He is also a European Patent Attorney.

He regularly lectures on Chinese and European Patent Law for various organizations in China, but also in other European countries such as Germany and Russia. In, November 2015, Mr. Gong was invited by the Russian Patent Attorney Association for a conference talk: “Patent strategies in China” in Moscow State University.